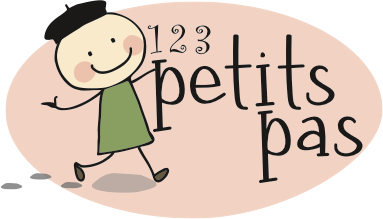 The French Learning Journey of Avery the Toddler

With several rounds of French classes under our belt now, we have had the privilege of witnessing our participants’ progress firsthand. The programs we offer specialize in joint language learning between parent and child- no matter how much or how little French knowledge they have to begin. It’s our goal to ensure that every parent in Ottawa has the opportunity to introduce the French language at home during the early years when language learning is easiest.

We would like to share the motivational language journey of a student by the name of Avery. Avery has been with us since our first round of programming and has made massive leaps and bounds in her bilingualism journey. At only 19 months of age, Avery has begun to incorporate French into her daily life- despite her parents only having had minimal prior French knowledge themselves.

For which 123 Petits Pas Classes has Avery been a participant?

When did you first notice that she was starting to pick up French?

“Avery doesn’t like to sit still; in the beginning, we questioned whether or not she was going to learn anything in class. However, a few weeks in, we noticed Avery was catching on when, in the back seat of the car, she started saying “Dansez, dansez” in rhythm like Madame Amy does in class.” – Avery’s Mom

It wasn’t long after that, that more and more signs of her French learning started showing. At home she began singing sounds to the tune of Frère Jacques. A little while later, she started speaking words and phrases.

What French words can Avery say now at 19 months?

What are her parents’ backgrounds in French?
Avery’s Dad:

Has very little French (core French for a few years in elementary school). For this reason, he was hesitant to attend our classes at first since his experience with the French language hadn’t been very positive. After his first class, he went home and told his wife he had thoroughly enjoyed the class and she even caught him humming the French tunes!

Avery’s Mom:
Is an English teacher and her love for learning and knowledge regarding the benefits of bilingualism is what inspired her to sign up for 123 Petits Pas. She took core French through school in Southern Ontario and did a refresher in university but had very basic knowledge of the language.

Avery’s parents’ afterthoughts on French learning:
“123 Petits Pas classes inspired us to make more of an effort to learn the language. We play the Duolingo app each night and listen to French Spotify in our house. We hope to eventually become bilingual too but realize it will be a lot harder for us since we’re learning so much later in life than Avery and Riley.” (Riley is their family’s newest addition and joined her first 123 Petits Pas class at only 3 days old!)

Although we are proud to say that a big part of Avery’s language acquisition thus far is due to our curriculum, we cannot ignore the fact that Avery’s parents have done a fantastic job at implementing every suggestion and lesson learned in class. A prime example is in regards to their use of our classes’ “weekly challenges” where parents and participants are supposed to attempt to use a certain word or phrase in French for the remainder of the week. Avery’s Mom went beyond this and began writing our weekly challenges around the house wherever they were most used. For example, she had “on y va” written on her front door.

Avery’s learning journey is something that should provide hope to all parents hoping to raise bilingual children. It’s proof that language learning can be done together, even if the parents have minimal experience and are learning alongside their child. It’s stories like these that inspire us to continue putting as much time and effort as possible into making our programs rich and engaging for both parents and children alike.

We look forward to having Avery and her family continue with our French classes this Fall and cannot wait to see what her next little steps will be.

Our Mommy/Daddy & Me French programs provide interactive ways in which both parent and child can engage in the French language. We believe in creating a positive, stimulating environment that encourages language learning during the most integral period of time in language acquisition (infancy & toddlerhood). Taking advantage of this important period while ensuring a smooth transition between the parents’ first language and French is the goal we aim to achieve. Through games, songs, and sensory activities, we hope to make language learning fun and as easy as 1 2 3!